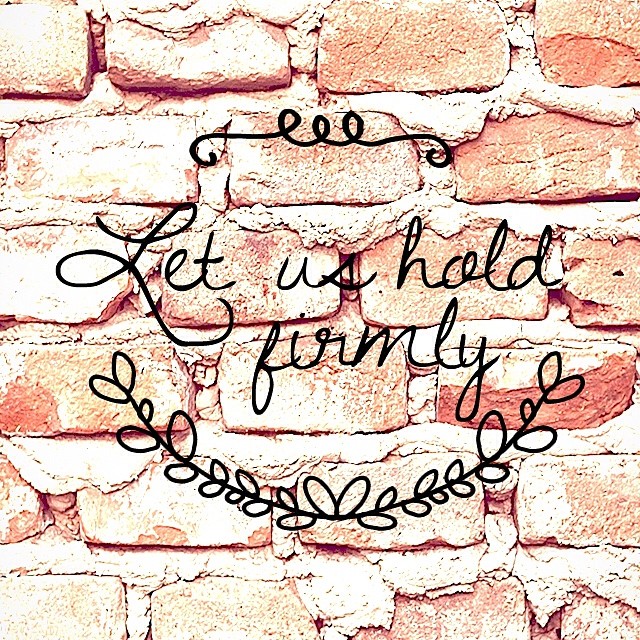 So then, since we have a great High Priest who has entered heaven, Jesus the Son of God, let us hold firmly to what we believe. Heb 4:14 (NLT)

Yesterday we talked about letting go of old habits and holding onto the good ones. Once you understand habits from a psychology perspective it can make it easier to defeat the bad ones and lay hold of the good ones. In psychology terms, habits are formed by a process pattern that happens in our brains: cue, routine and reward. The cue is a signal to start the routine.

For example, a cigarette smoker gets a craving combined with a feeling of anxiety. This kicks the routine (habit or pattern) into action and without thinking they'll reach for the pack and light up. The reward is that the anxiety and cravings subsides. Now most people realise that smoking is extremely detrimental to their health, and it’s the middle process (routine) that overrides our logic that it is. It’s the routine that makes us do the things we wish not to.

If we can interrupt the routine then it’s much easier to break the habit. Our son is 4, and we are currently night-time toilet training him. The old habit for him was: Cue – Need to do a wee. Routine – just do it in my nappy. Reward – continue sleeping uninterrupted. If only life were that simple… ha! Now he’s no longer wearing a nappy we have to interrupt the routine because if he ‘just goes’ he’ll wet the bed. So every night I get him up, take him to the bathroom and make him go. It was a struggle, but it was better than having to change wet sheets in the middle of the night (Parents: Can I get an amen?) After about a week and a half of this, one night he stumbled out and said “Mummy and Daddy I need to got to the toilet” and simply took himself. By interrupting his routine, just going whenever he felt the need, we’ve formed a new habit where he no longer needs to wear a nappy to bed! (Hallelujah!!!) Routine may be perpetuating your old habits, but the challenge today is to break them by interrupting the pattern. We know you can do it and we believe in you!